“We have really good players. You can't fool them” 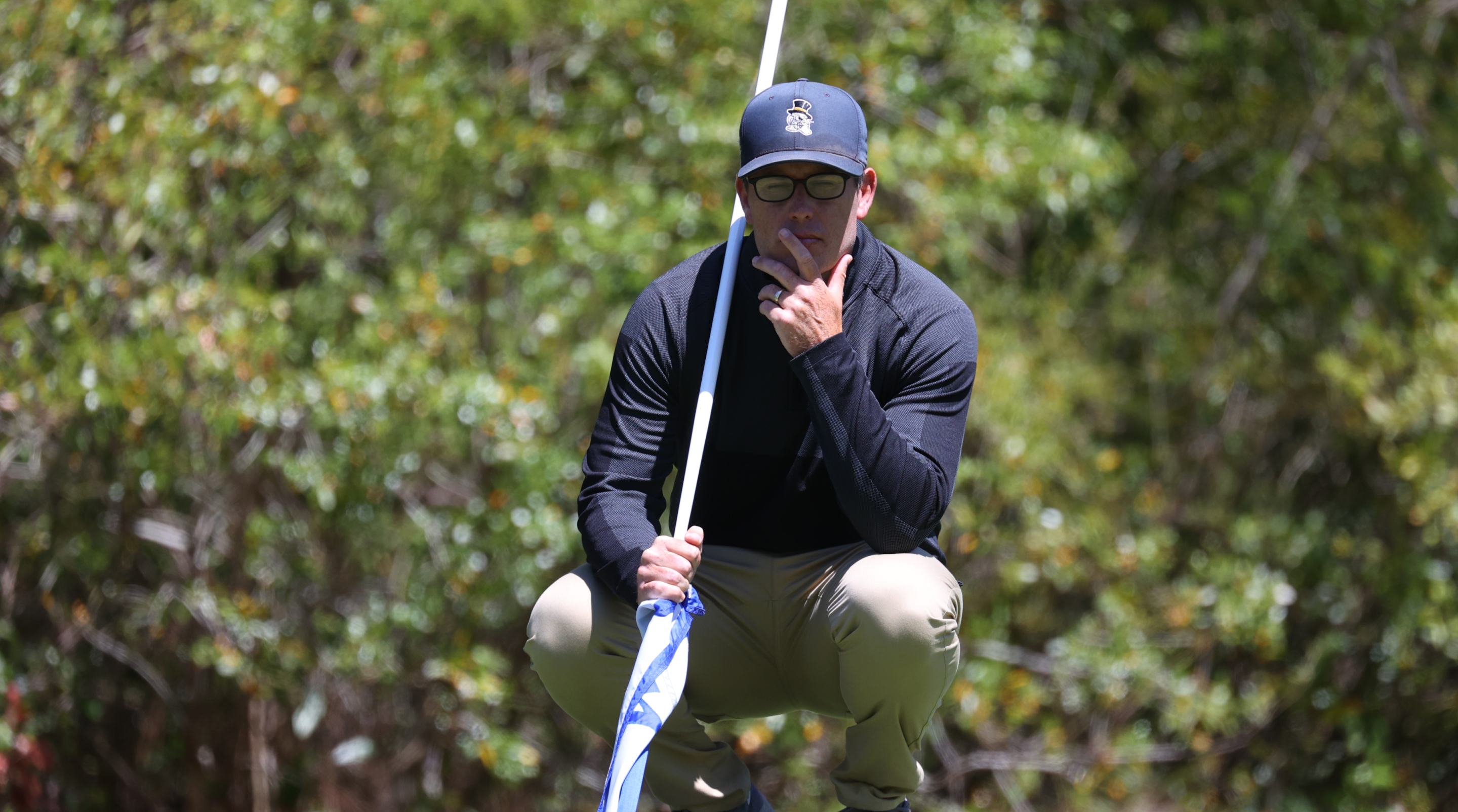 The Wake Forest women's golf team is currently at No. 2 in the GolfStat College Rankings. It includes Rachel Kuehn, a two-time US Curtis Cup player who is ranked as the 5th best player in the NCAA. It also boasts three other players – Carolina Lopez-Chacarra, Lauren Walsh and Emilia Migliaccio – who are all comfortably inside the top-50. The Demon Deacons have signalled their intent this season, winning their first two collegiate tournaments before in early October taking medallist honours at the prestigious Jackson T Stephens Cup at Seminole.

Wake Forest's Associate Head Coach of Women's Golf is Ryan Potter, who also happens to be the WGCA Assistant Coach of the Year. Coaching is in Ryan's genes, it seems; he is the son of Mic Potter, Head Coach of Women’s Golf at the University of Alabama. Ryan explains that Mic’s first ever recruit was Dottie Pepper. “I just grew up around it,” he says.

Ryan has been at Wake Forest for nearly five years and since joining forces with Head Coach Kim Lewellen in 2018, he has contributed to the Deacs landing two ACC titles and qualifying for the last four NCAA Championships. Here, Ryan discusses why the team is now using Clippd and how it is helping to shape the strategy for ensuring that this year’s supremely talented group get the maximum from their talent, hard work and potential.

You've been using Clippd throughout the fall season. What's the verdict?

Ryan Potter: I think it's great. There’s been a lot of changes and you have progressed really quick. We're now entering all our rounds and practice through Clippd Capture. We just think that what Clippd offers us is superb. You guys have asked questions about how you can improve. We like what you give us, we’re very happy with the product.

How do your players like being able to see themselves in relation to LPGA benchmarks?

We're trying to win a national championship and our players, if they're not All-Americans, we're trying to get them to that level. Most of them want to play at the next level, on the LPGA Tour. We don't want to know what the benchmark is for an average LPGA Tour player or an average college player. We want them to look at the top-25 benchmark and know where they need to be in four or five, 10 years. I like the fact we can click into their dashboards and they can think, ‘Okay, my Player Quality for my Approach play compared to an LPGA Tour player is this’. That's real data that they can take away and work on.

What Clippd has is what we’re looking for. I like going into the Round Insights and looking at feet of putts holed versus tour average. That's great. I can go to Around The Green and see every single chip shot they hit in one chart. I can then equate their short game Average Shot Quality to what they did in the round.

When we play in a tournament, the players are spread out so I can't see everything that everyone does. I see some of what all of them do or a lot of what one player may do. I like looking at the charts. If a player has been struggling with a skill, I can see if they are getting better or not.

‍When you open Clippd, what do you look at first and where do you go after that?

Ryan Potter: If we've just finished a tournament, the first thing I'll do is go into Activities and go through each round. I look at the top area on a round, showing the round score and the Average Shot Quality and then their Average Shot Quality in each area. Then I go to Round Insights to see their Strokes Gained. After that I'll go to the Shot Quality Summary and see how many shots they have hit in each scoring bracket. Then I'll go through each area – Off The Tee, Approach, etc. This gives me a general view of what they did in that round. Then I'll go back to Scorecard and I'll go through hole by hole to get a better sense for how that round actually played out.

How you use Clippd in your interactions with the players?

We try to talk with each player individually after every tournament. It's gotten to where it's become our culture. After getting back from Tennessee, I hadn’t gotten through all of the players' stats and three players came into my office to talk about their stats. So they're asking for information.

In the past we might have said, 'Okay, you did this poorly in this tournament. You need to work on it', instead of 'Okay, that's a two- or three-day snapshot, but this is who this player really is.’ Let's not lose sight of the fact that Rachel, for example, is a great putter and she's a great approach player. And yes, one aspect of her game might not be great on a given week, but that may be an anomaly so let's not go spend three hours on something that we don't need to spend three hours on.

I just don't like guessing. It's too important, and they’ve got too little time for us to guess

We try to look at it holistically in terms of who they are as a person and where they need to be moving towards long term. [Clippd] gives that to us because we can pull up the What To Work On and that may change a little bit tournament to tournament, but it's not like you had one bad round of approach play that all of a sudden What To Work On goes from 10% to 50% or 60%. I think that holds us accountable too, as coaches. We all need that.

The players are looking at it. One of our players hits a lot of fairways and a lot of greens although she doesn't necessarily hit it close all the time. After one tournament, we had a short talk where we looked at her Clippd dashboard and we agreed that we needed to maximize her approach play and the birdies she makes by having a really good short game and really good lag putting. She hits a lot of balls but what she needed was to spend two or three hours around the short game area.

What To Work On is designed to give clarity to coach and player. Is it influencing how you structure practice?

We do things differently. We don't normally have three or four things set up and say everyone needs to do the same thing. It's more individualised. I look at What To Work On a lot. It was interesting with Rachel Kuehn, who you could argue is our best player. Through Clippd we were able to identify two things that for her could turn a 68 into a 64 or a 70 into a 68.

Another one of our players wants to improve an aspect of her game and sometimes she gets to a place where she feels bad about it. I was able to show her that it's actually fine and also remind her that she has other superpowers, where she’s currently at tour or elite level. It’s important for the health of a player to know that they can hit a bad shot but they still have these strengths. At times, they need to understand why they’re a great player.

Has an evidence-based approach been important to the Wake Forest women’s golf program for a long time?

Yes, and I feel like we've now found the best programme for that. We've tried a lot of products but none of them had everything I wanted. But [an evidence-based] approach has always been in place here because we have really good players and you can't fool them. I don't ever walk into a conversation with someone saying, 'OK, I think this is the way to go’. We need to know because they'll sniff it out if you don't. I just don't like guessing. It's too important, and they’ve got too little time for us to guess.

What [Clippd] does is when Kim or I have a conversation with a player we can say, 'Look, this isn't our opinion, this is what it is. And regardless of how you feel about it, if you want to be one of the best players in the world, here's where you got to move towards'. That stuff is great.

You've got off to a fantastic start this season. How good do you think this team can be?

We finished second in 2019. Every time you have a chance to win something like that, you have some elements of luck, right? But this team’s legit. We still have to keep improving but I think we have a very good chance.