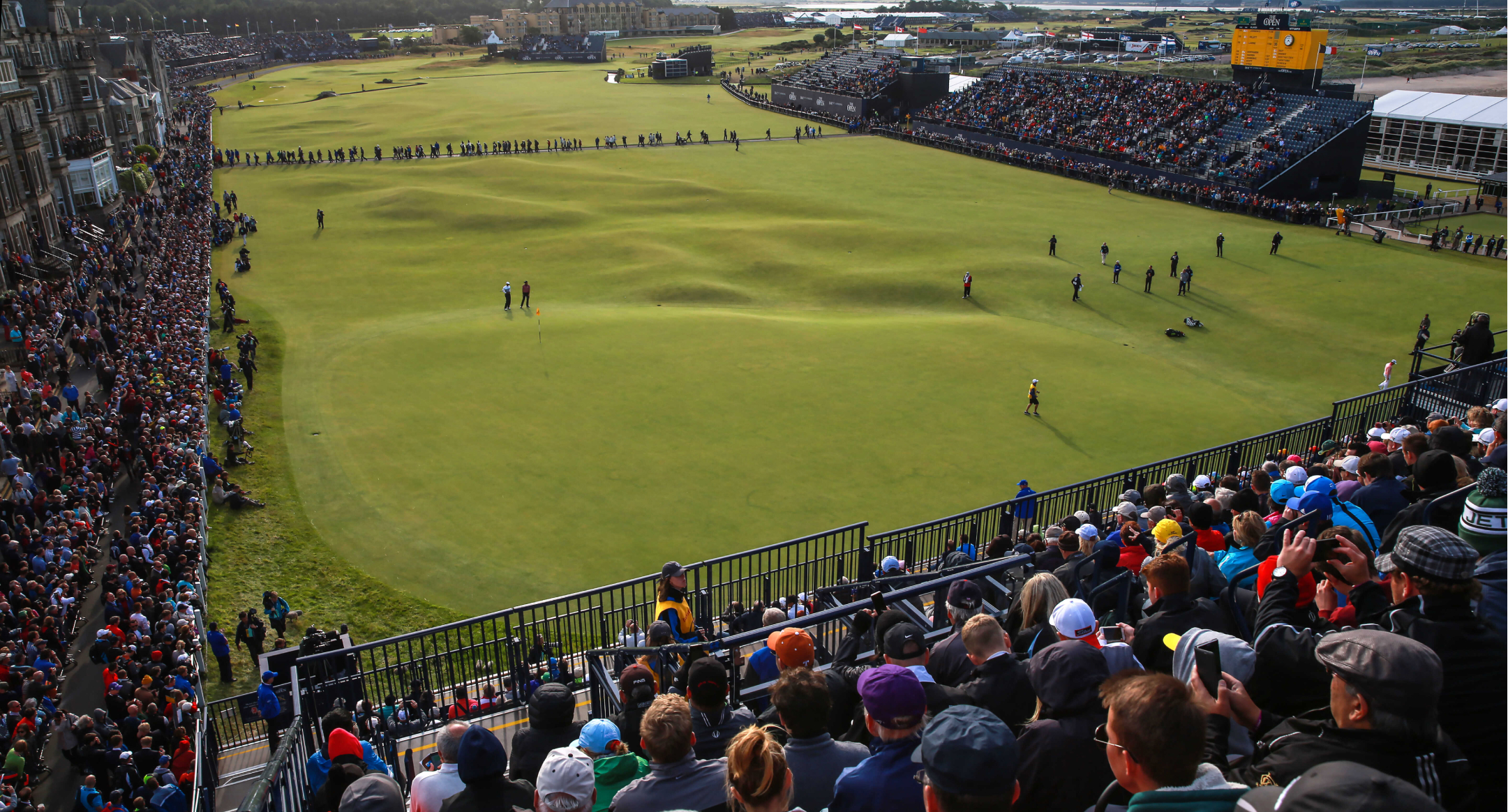 The Old Course at St Andrews looks magnificent for the much-anticipated 150th Open Championship. It’s firm, fast and fiery – just as it should be for the ultimate test of links golf. The wind got up a little on Tuesday and is forecast to blow at around 10mph, gusting at 15-20mph, on the first two days of the tournament.

The uniquely vast greens on the Old Course are currently receptive to well-struck iron shots. The fairways, approaches and surrounds, however, are hard and glassy, and running faster than the putting surfaces in some places. The rough is wispy and should not pose too much of a problem for the players, other than in areas we understand are being watered. Strategy, as always, will be key.

So which skill sets have the players identified as being vital this week? Let’s hear from some of the leading contenders. “It's funny, when you hit some of the chip shots and some of the bump-and-runs, you have to allow more speed early, then play for breaks when they hit the green,” said Tiger Woods, who has won two Opens over the Old Course and knows it better than anyone in the field, arguably.

“It's going to be really hard to hold fairways,” said Jordan Spieth, who finished one shot shy of a playoff at St Andrews in 2015. “If you're not playing out of the short stuff [to] where they put the pins, the best you can do is 30, 40 feet. I think speed control in the wind becomes more important this week than any tournament I can remember preparing for.”

“If there's anything that I'll be doing specially, it will be lag putting,” said Jon Rahm. “You can hit greens and you can be really far away from it, so making sure your touch is there is very important… If you can avoid three-putts it's going to be a huge bonus.”

“You're just not used to having to putt from 30-plus yards from week to week,” remarked Spieth, “and you might have five of them in a round out here.”

Finding the right spot to approach the green will be important. There is broad consensus that hammering away with the driver is not going to yield results on a course where the pins are very likely to be tucked in some wicked spots.

"Playing the angles a little bit more, I think that's going to be really important this week" Rory McIlroy

“There's going to be some really short holes,” offered defending champion Collin Morikawa. “Sometimes when you are 50 yards away, it's not advantageous to be there.”

“The approach into the green has to be really precise otherwise you see yourself in some difficult spots,” said Rahm.

“Laying back, giving yourself full shots into some of these greens, playing the angles a little bit more, I think that's going to be really important this week,” agreed McIlroy.

“You're just going to have a lot of holes where you physically can't get the ball close to the hole,” said Justin Thomas. “Then is your patience and your discipline going to step in to say, I can't challenge this kind of thing?”

Having heard from some of the best players in the world, and watched them in practice these last few days, we have refined our criteria: long putting, ARG (Around The Green) play from the fairway and APP (Approach) from 180 yards in. We looked at how each player compared to their peers in these categories and then using their average Shot Quality and recent trend, we were able to see which five players stood out amongst the rest of the field in these key categories.

A home favourite who will be sure to have plenty of support this week, the Englishman, who is known for his ball striking capabilities, is also a brilliant long distance putter, as shown above. In his last 20 rounds he has an average Shot Quality of 111 for putts between 35-45ft and has holed three of them. On top of that he's previously recorded a second place finish at an Open and came T4 in the Scottish Open last week.

The recently crowned US Open champion is now the 10th ranked player in the world and is many people's favourite to add a second major this week. Lots has been said about Fitzy's improvement in distance but his Around The Green (ARG) from the fairway is an area of his game that separates him from his peers. The Yorkshireman excels from 15-30 yards when playing off the cut stuff, with an average Shot Quality of 117 over his last 20 rounds. This is also trending upwards. Alongside his US Open victory, he has six top-15s in his last eight starts.

There is always a lot of noise surrounding McIlroy coming into a major and this Open is no exception. On a course where distance isn't going to be a huge advantage, Rory will be relying on one of his many other strengths. One of those is his APP (Approach) play. Rory hits it inside tour average from 100-140 yards and has an average Shot Quality of 111, which is trending in the right direction. He finished T3 in his only Open Championship at St Andrews, so could this week see the return of major-winning Rory?

Like McIlroy, Finau's distance is much talked about. However, his touch on the greens is pretty exceptional too. As Jon Rahm mentioned in his press conference, lag putting is vital and as the Clippd data above shows, Finau excels in this area. In his last 20 rounds he's holed four putts between 35-45ft and has only three putted twice from over 35ft, which will stand him in good stead on The Old Course's famously large greens. He's also finished in the top-3 in his last three Opens!

Scheffler's rise up the men's professional rankings has been rapid and he shows no signs of stopping. His four wins this year included the Masters at Augusta which many golf architecture intellects believe has a lot of similarities with The Old Course. Seven of the last nine Open winners at St Andrews had previously won a Green Jacket. As Scheffler has displayed in all of his wins, his short game can be magic and he's particularly strong from 15-30 yards from the fairway. An average Shot Quality of 120, across 30 shots in his last 20 rounds proves just how good he's been.