Round Insights: Rory and Viktor go head to head 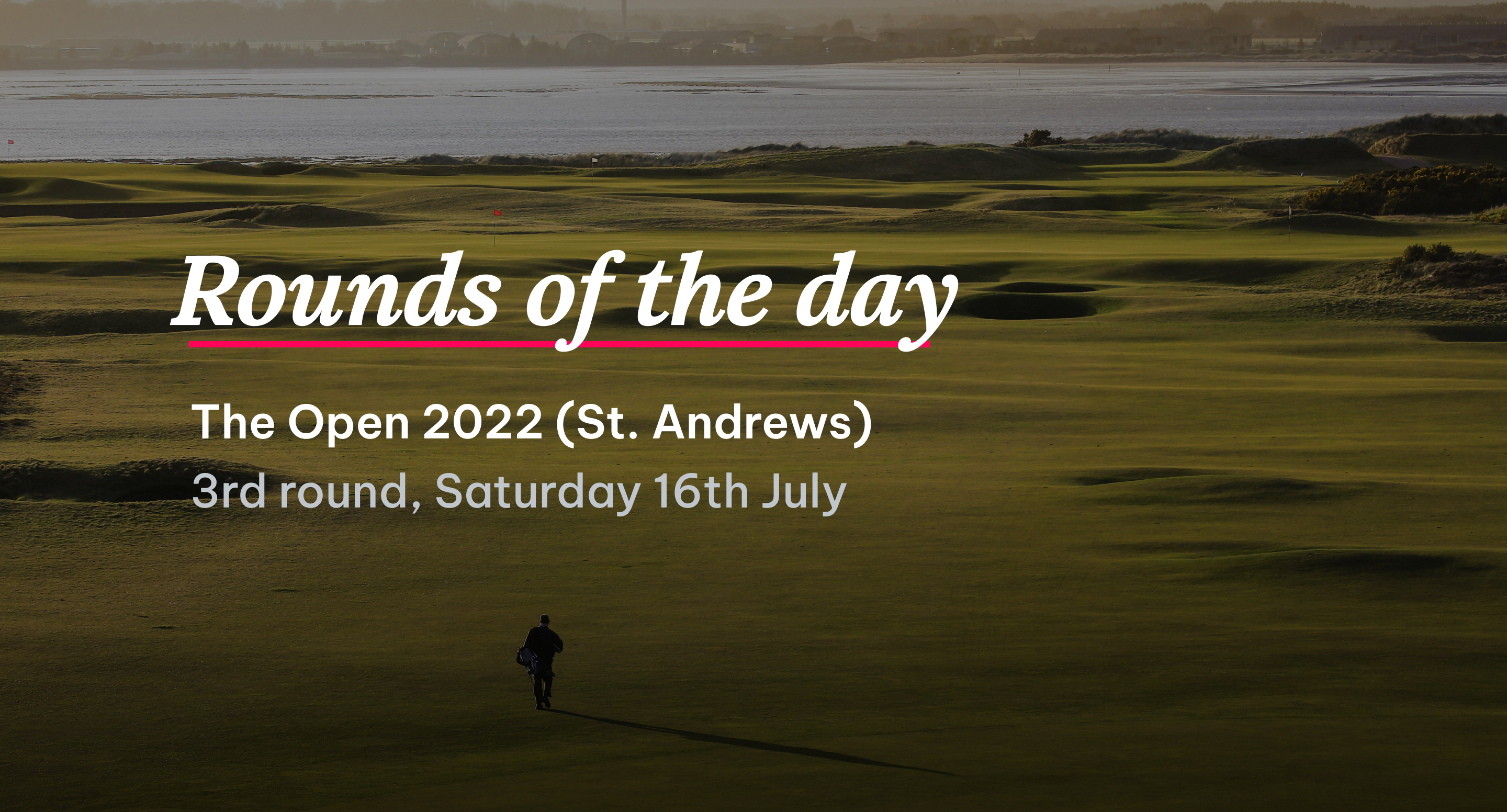 “We sort of fed off each other,” said Rory McIlroy after a breathless Saturday on the sun-burnt Old Course in St Andrews. He’d traded blows with Viktor Hovland before ending tied with the Norwegian on 16 under par, with daylight between themselves and the rest of those with designs on winning the 150th Open championship.

Hovland started like a train, making four birdies in the first six holes. On the 3rd, he holed a 38-foot putt, which scored 193 for Shot Quality, and then followed it with a 42-footer on the next (194 Shot Quality).

McIlroy was playing excellent golf but holing nothing, “Every time I stepped up to a 10-footer, he just holed a 30-footer,” said the Ulsterman, who seems to be everyone’s choice to win this week. McIlroy stayed patient - in his bubble - and got his reward with a first birdie of the day on the par-5 5th hole.

McIlroy then pulled level with a birdie on the 9th before the fireworks were lit on the 10th. A drive into the bunker short of the green left McIlroy with a quandary. “Anything inside 10 feet I felt was going to be a really good shot,” he said. After steppIng away from it twice his bunker shot came out perfectly. Cresting the rise and checking right, it rolled out into the hole, producing a roar heard in the ancient town – and a Shot Quality score of 199.

“Disregarding the situation you're in,” said Hovland afterwards, “that's just a filthy bunker shot. You just kind of have to go, ‘Hey, that was a sick shot.'" To his immense credit, the 24-year-old’s response was to pour in a 14-footer for birdie, a clutch putt that scored 174 for Shot Quality.

After the fist pump on 10, McIlroy’s very next shot - his tee shot to the par-3 11th – was his second worst shot of the day, finishing short right and scoring just 34 for Shot Quality. He rescued the mistake with a par putt of 10 feet (155 Shot Quality).

McIlroy stayed one ahead until the 17th, where both players drove left. Hovland aimed straight at the back left pin and went long onto the road. McIlroy had 127 yards to the front of the green but found his ball “on the edge of an old divot”. His pitching wedge “came out really hot” and also flew over the green, scoring 64 for Shot Quality. McIlroy failed to get up and down while Hovland chipped off the road (152 Shot Quality), putting it close enough for par.

Both players birdied the last to finish four shots clear of the chasing pack. The Clippd Round Insights show that McIlroy and Hovland drove the ball superbly but Hovland putted better, boosted by his early long-range gains. His ARG (Around The Green) game was also considerably better than in recent months.

It’s highly probable that one of these two, who became close at the last Ryder Cup, will lift the Claret Jug on Sunday. McIlroy was cheered from tee to green and along every fairway but states he is attempting to stay focussed on the task in hand. “I think it's appreciating the moment as well and appreciating the fact that it's unbelievably cool to have a chance to win The Open at St Andrews,” he said. “It's what dreams are made of. And I'm going to try to make a dream come true tomorrow.”