How Jordan Smith finished 30 under par 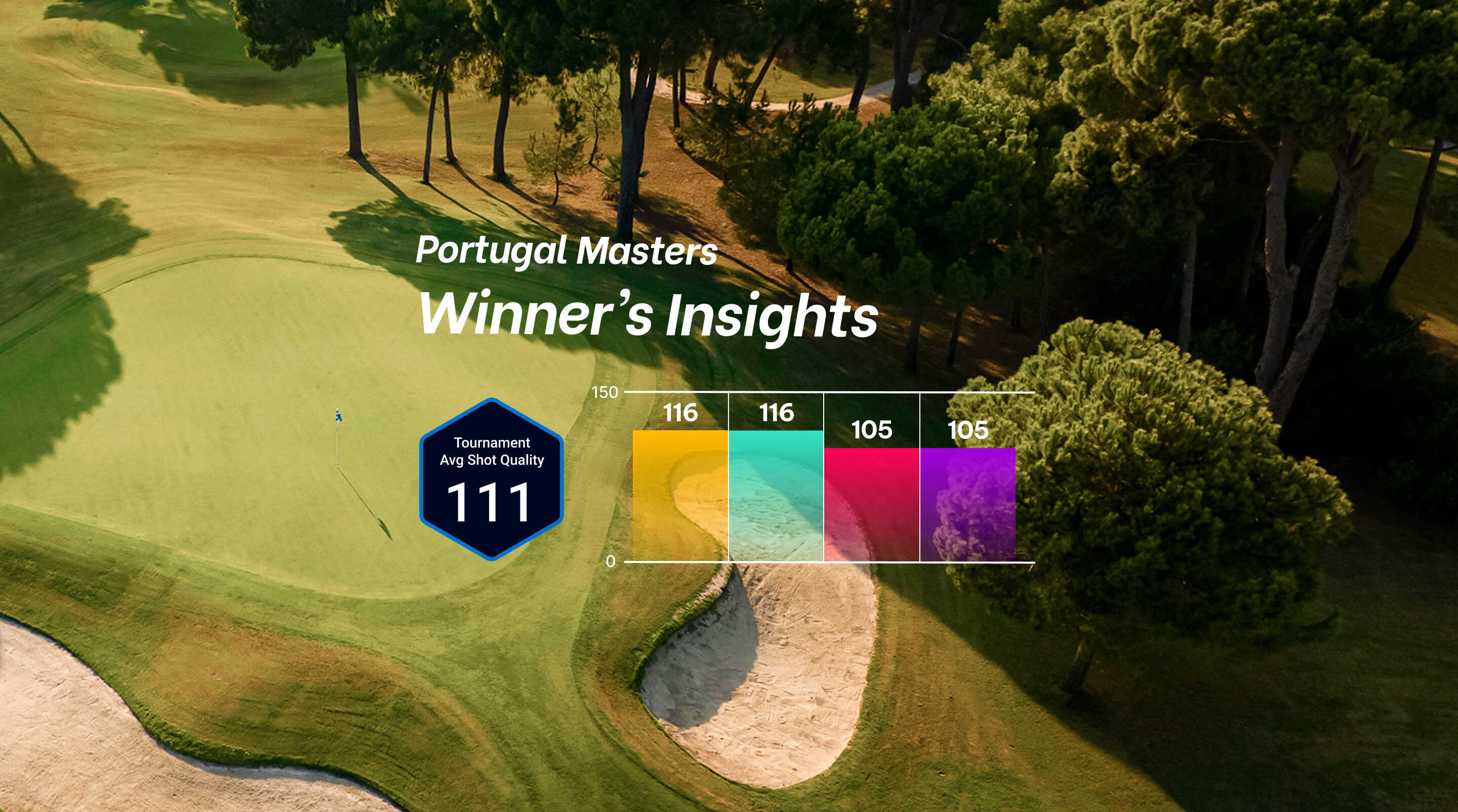 Before last Sunday, Jordan Smith had gone five long years since tasting victory at the 2017 Porsche European Open. “It’s just nice to finally get this second win,” smiled the Englishman after winning the Portugal Masters and moving back inside the OWGR top-100 for the first time since 2018.

A final round 63 cemented a wire-to-wire victory at the Dom Pedro Victoria Golf Course. Using Clippd, let’s take a look at just how he was able to get to 30-under par, his winning score, and how his game has been trending this year.

The 29-year-old was nothing short of exceptional with his irons all week. His Average Shot Quality for Approach across the four rounds makes for impressive reading: 123, 104, 104 and 132. It was level of accuracy and excellence that delivered plenty of birdie opportunities.

Round 4 saw his best showing with his irons – Smith hit every green in regulation and had an Average Proximity to the Hole of 22’10”. It contributed to a staggering Average Shot Quality of 132, one of the highest round totals we’ve seen in Clippd for Approach.

Around The Green (ARG) was Smith’s “weakest” area during the tournament. During round 4, the two shots he hit from inside 50 yards produced an Average Shot Quality of just 88 (remember, 100 is tour average).

He did, however, become a member of Clippd’s 200 Club late in round 3! Smith’s 42-yard hole out eagle from the rough on the par-4 15th earned him entry.

The average Player Quality for a player ranked inside the top-25 for putting on tour is 105, which is exactly what Smith averaged across the week. His standout putting round came on Saturday when he finished with an Average Shot Quality of 112 with the flat stick.

A 46ft-putt that found the hole produced a Shot Quality of 194 and contributed significantly to his almost 118ft of Putts Made and absence of any 3-putts.

Each area of Smith's game is currently trending upwards and he is showing serious improvement on where he was 12 months ago. The most significant improvement is in his Approach play.

His Player Quality for APP has risen from 96 to 106 in a year, a strength that is underlined by the fact he only had three shots in the tournament that scored between 0-40 for Shot Quality and a phenomenal 86 shots that scored 120 or more.