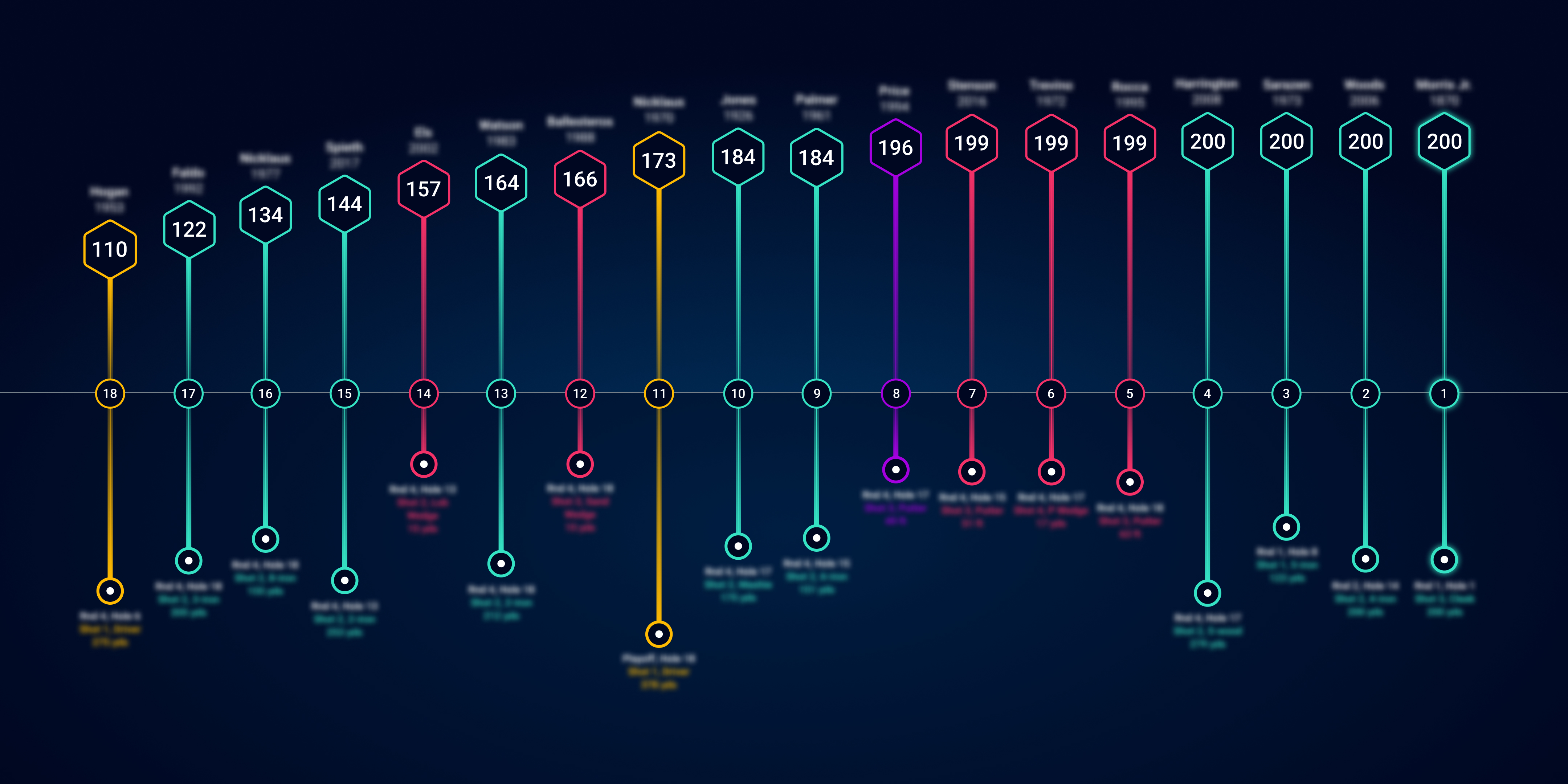 In an era in which distance and then money have threatened to reshape the landscape of professional golf, the 150th Open Championship at the Home of Golf reminds us that what connects all golfers is the thrill of great shots. This is as true for the best in the world as it is for the weekend player.

Clippd is a new technology that significantly advances our understanding of golfing skill. We've decided it's time that skill was returned to the top of the agenda and our contribution is a special analysis of 18 iconic shots from the long history of the sport’s oldest major. The results, which are linked below, are illuminating, not least in showcasing the extraordinary ability of players through different eras.

By feeding the context around each of these history-making shots through its proprietary algorithms, Clippd is able to produce a Shot Quality score for each. Shot Quality builds on the advances made by Strokes Gained, but factors in additional layers of context – course difficulty, wind and rain, for example – to produce an even more precise measure of the quality of each and every shot, both on-course and in practice. For these 18 shots, we have also taken into account course conditions – fairway firmness, green firmness and rough length.

As a reminder, a Shot Quality score of 100 is the standard expected from a current male Tour professional; 200 is considered “perfect”, such as a hole in one or holing out from long distance. The choice of our 18 shots is subjective whereas Clippd’s Shot Quality scores are objective. Each shot uses the benchmark of 2021 Tour players, based on PGA Tour ShotLink and DP World Tour data.

This, it could be argued, makes the shots played by stars of the past even better. Only last week Tiger Woods marvelled at the scores produced by the game's early pioneers using wooden clubs and gutta percha balls.

Clippd is constantly adding new layers of context to make its Shot Quality calculations, but we do not yet take into account pressure. Fortunately, the playing field is levelled by the fact the vast majority of these shots were played in the final round of the championship when the pressure was at its most intense.

Although Clippd represents Shot Quality as a whole number between 0 and 200, we measure it to eight decimal places. This means we can differentiate between shots which produce the same overall Shot Quality score. One example is the difference between the two shots right at the top of our list – just 0.00441 of a Shot Quality point.

“The 18 shots in this list are part of the rich history of the Open Championship,” says Clippd co-founder Piers Parnell. “Clippd’s technology helps us to really understand skill, something that’s appreciated by all true lovers of the game. What better time to be celebrating feats of great skill than the 150th Open at the Home of Golf.”

For more on each of these shots, click on the links below.

Shots 18-13: laser-like irons, a precision drive and a miraculous escape

*We have included best estimates for end result of three shots: For Ben Hogan’s shot in 1953, we took his average distance at the time, and estimates based on various accounts of distance left to hole for Bobby Jones in 1926 and Arnold Palmer 1961