Round Insights: Cameron Young’s 64 in the first round of the Open 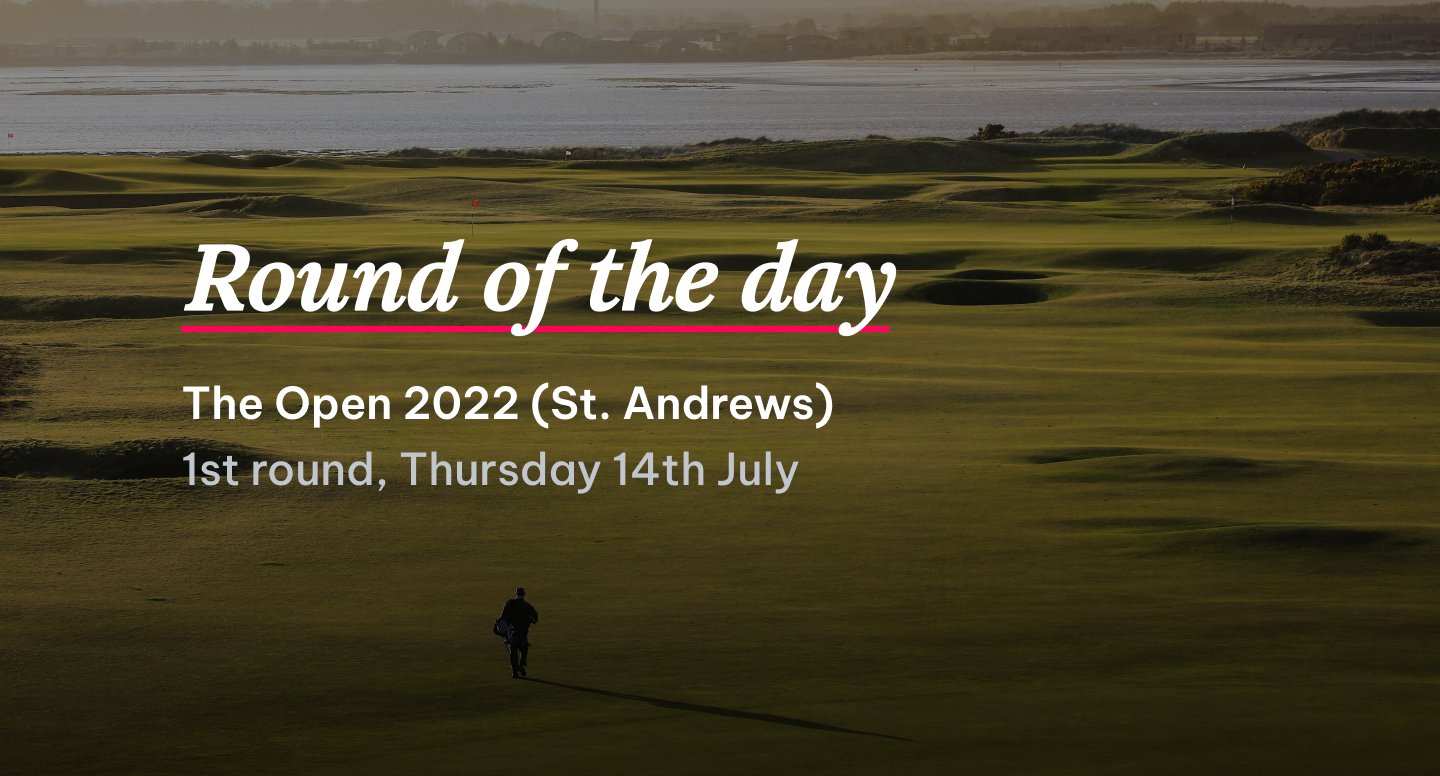 “It was difficult,” said Cameron Young after making the Old Course look anything but in an opening 64, eight under par, in his first ever round in an Open Championship. “It's very firm, and it's definitely doable if you're in all the right places. But if you're not, you're going to really struggle.”

Young began the 2020-21 season with no status whatsoever on the Korn Ferry Tour. He ended the year with two wins and more than $422,000 in prize money. In this, his first full season on the PGA Tour, he has already been T2 on three occasions (including at the Genesis Invitational at Riviera) and T3 on two others, and is up to 32 in the Official World Golf Rankings. The 25-year-old from New York State is on some trajectory.

Two months ago, Young made his major championship debut at the PGA Championship and finished one shot outside the playoff at Southern Hills. Now he sits atop the leaderboard at the 150th Open Championship.

Young first played the Old Course as a 13-year-old during a golf holiday with his parents (his father David is the head professional at Sleepy Hollow Country Club in Westchester County). On a calm Thursday here he played like a veteran, avoiding bogeys and bunkers and impressing the British galleries with some seriously big hitting from the tee. “I think we worked our way around the golf course really well,” he said afterwards. “I don't think that I played a perfect round of golf.. I didn't drive it particularly well.. I hit it fine off the tee, but it wasn't just going where I was looking.”

His Average Shot Quality for the round was 115 (100 is what Clippd’s algorithms expect of a tour player), and he was 121 for OTT (Off The Tee), averaging 323 yards with his drives. Young missed eight fairways out of 16 but was never inconvenienced. On the 16th, he unleashed a 361-yard drive, encouraged by the back right hole location. “I felt like, even from the left fescue pretty far down there, you just have to dump it on the front edge of the green and it will roll somewhere around that hole.”

The Wake Forest alumni drove through the green on three par-4s – the 9th, 12th and 18th, and marked down birdies on his card each time.  “There's very few places that it really wouldn't play to your advantage,” he said of his power. “Being able to carry it a little farther, I'm going to have one less bunker in play than some other people. There's always a way to use it to your advantage.”

His ARG (Around The Green) Average Shot Quality of 172 is very high but based on only two shots, both of which led to easy birdies. He took 30 putts, which doesn’t sound particularly impressive but on the biggest greens in golf, avoiding three-putts is of paramount importance. Young only had one, and that was on the 14th and resulted in a par. His iron play was similarly excellent; he hit 15 approach (APP) shots and eight times finished inside 5% of the overall distance of the shot. He did not miss a green in regulation.

Needless to say it all adds up to some Open debut. Young hit 27 shots that scored 120 or above for Shot Quality, including 10 that scored 150 or more. And after starting early today, it looks like he’ll have the best of the weather again tomorrow.